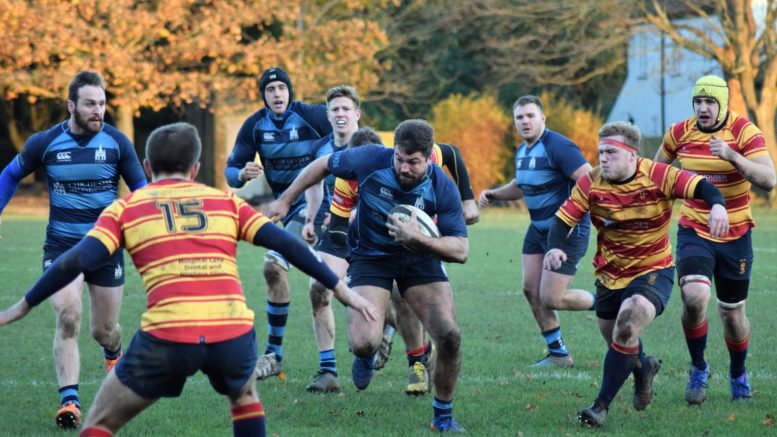 Tries from Jon Lindsay and Chris Johnson weren’t enough for Chichester as their miserable start to 2018 continues after losing 20-10 to Thurrock in this London & SE Division match.

Chi had to make a number of changes due to player availability and injuries, which allowed debutants Fin Bamber, Jack Green and Ed Hounsel to start.

On a different day the result could have gone another way, says director of rugby, Paul Colley. He said: “A long and tough day. We probably didn’t quite play to our level but even with the changes we created some real opportunities. It wasn’t our day today.”

This defeat keeps Chi in fourth place in the table, now 13 points behind third place Havant, and they are taking a break this week and will return to league action on February 17th when they face Chobham.

It wasn’t until a quarter of the match was played when the home side took the lead, after a series of good drives up the field.

It took half an hour before the Blues finally got going and it was Lindsay who pressed down after a well worked drive, but the conversion was missed.

The second half started poorly for Chi as they were down to 14 men after Adrian Lynch was yellow-carded and Thurrock were able to extend their lead with a penalty.

From deep inside their own half, the hosts were able to capitalise on a mistake from Chi and after a fortunate bounce, the ball found the hands of their right winger who raced towards the line to score.

With 20 minutes remaining, Johnson made his return from injury and he made an immediate impact when his power allowed him to smash through the defence and score.

The home side finished Chi off by scoring a penalty late in the game and despite valiant efforts from the Blues, they were unable to snatch a win and Thurrock held on for the victory.