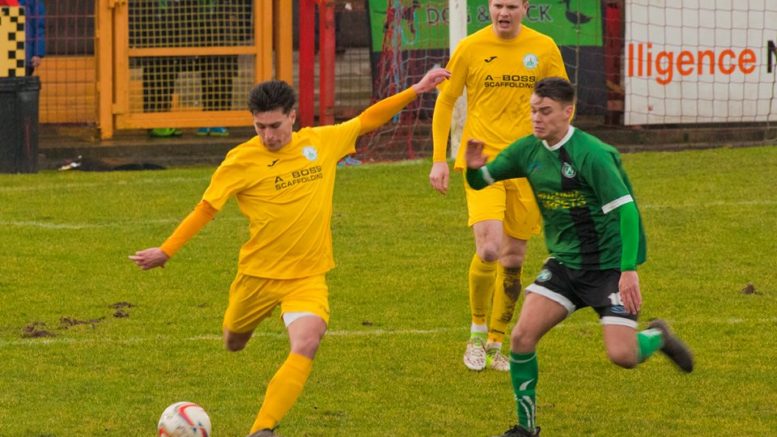 This is the second time in four days Chi have been knocked out of a cup. This comes after they were beaten 1-0 in last weekend’s FA Vase clash at 1874 Northwich.

Heath came back from a goal down but City coach, Danny Potter, thought his side deserved something out of the game. He said: “The result is very disappointing, especially after we caused them so many problems early in the second half.

“We need to learn from our mistakes quickly and we must get back to winning ways in the league now.”

City are currently third in the league on 44 points, six points behind second place Heath despite them having played a game less, and 10 points behind leaders Horsham YMCA, despite having three games in hand.

Miles Rutherford’s men are back in league action this weekend when they welcome East Preston to Oaklands Park.

The first half didn’t see much action but Chi shot-stopper, Ant Ender, was called into action on several occasions and he made some good saves.

The deadlock was broken just over 10 minutes into the second half when Jimmy Wild, back at the club on a dual signing, and Herbert linked up, with the latter converting his shot from the edge of the box.

Heath got themselves back in the game when one of their players went down in the box and the ref pointed to the spot. Callum Saunders stepped up and sent Ender the wrong way to level the score.

The task of finding a winner became more difficult for City when Kieran Hartley picked up two yellow cards in less than 10 minutes and was dismissed.

Late in the game, Heath pressed and when a loose ball was recovered and re-delivered into the box Max Miller met the ball and headed into City’s net, thus knocking them out of the competition.

Wild about Jimmy! Striker at the double as Chichester breeze past Saltdean in entertaining encounter