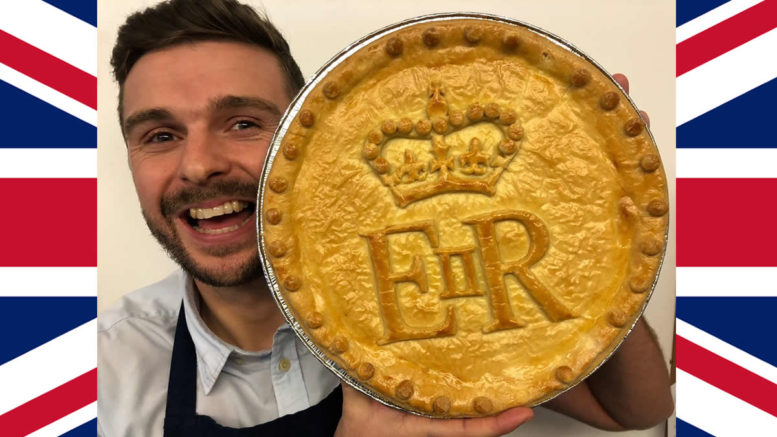 King of pies Phil Turner was delighted when he got an order from Buckingham Palace for a shipment of his award-winning pastries.

Excited staff at the award-winning pie-makers were thrilled that they had been handed what they believed was the royal seal for their delicious offerings.

And Phil, the managing director of Turner’s Pies, even went as far as encrusting a crown on the pies before they were dispatched to Her Majesty the Queen’s famous London home.

“We had an order from a customer who gave a Buckingham Palace address and who wanted to use our pies by post service. It was gobsmacking really because surely there can be no bigger accolade than baking a pie for the Queen of England, let’s face it!

“And so, we set about creating a very regal steak and kidney pie, with our master bakers taking time to carefully make a very special display of the ER emblem and a rather splendid crown. We were really chuffed with the outcome.

“We deliver within four days of an order being placed and we sent the special pies off in good faith, hoping that perhaps this would be the start of an ongoing order. But we have heard nothing since and we can only think that they may well have been for members of Her Majesty’s staff rather than the Queen herself so we’re not sure if she even got to tuck in.

“Being named in the guild of fine foods top 50 foods in the UK and having Harrods of Knightsbridge choosing to stock Turner’s Pies in their world-famous food halls means we know we make the best pies in the land so we know they are good enough for royalty.

“And you never know, with a bit of luck Her Majesty and one or two other members of her family might have had the chance to try one of the pies!”

Turner’s Pies, who were voted class champion with their steak and mature cheddar pie at this year’s British Pie Awards, has four stores throughout West Sussex — in Broadwater (Worthing), Chichester, Bognor Regis and Rustington.

The popular business, which started in Bognor in 1933, featured in the BBC documentary Life of Pies earlier this year, in which cameras followed the team as they prepared for the British Pie Awards in March.