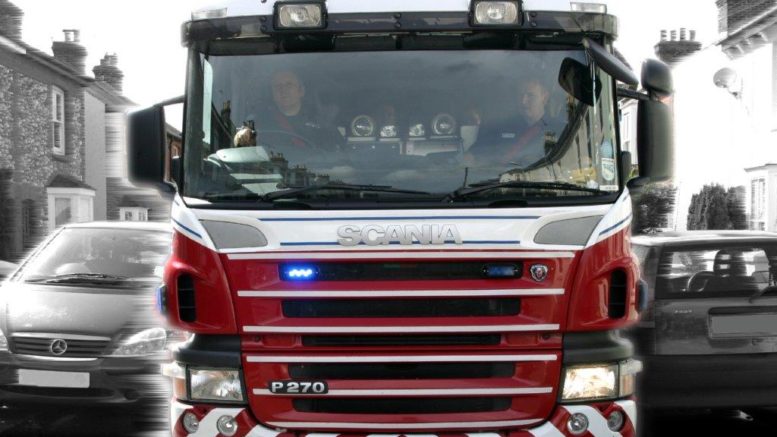 Fire chiefs are urging Chichester residents to consider fire engines after reports that inconsiderate parking is “worse than ever before”.

Bosses say careless parking is an issue that fire crews come across daily. However, they say, lately there has been a string of incidents in the county where poor parking has hindered the response to emergencies.

Crews from Chichester fire station are confronted with difficulty on a regular basis when driving through the areas of Boxgrove, Tangmere and Roussillon Park, particularly with vehicles that are parked near junctions, making it hard for an appliance to turn as there is not enough space, it is said.

Lee Walton, a West Sussex Fire & Rescue Service station manager, said: “Inconsiderate parking really can cost lives, and it is an issue that every single road-user can help to avoid.

“Fire engines are approximately 2.6 meters wide. Therefore, if you’re parking your vehicle and don’t think that a car or a van could get through the space – it is extremely unlikely that a fire engine will.

“A common problem that we face is when cars park opposite each other in a narrow street. We understand that in some areas finding a place to park your vehicle can prove difficult, but when it can potentially compromise access in an emergency situation, there is no excuse.”

It’s an issue that is arising more and more across the south. It is a regular occurrence for Lancing fire station to encounter vehicles parked in front of the appliance bay doors, across the hatched area, obstructing access for a fire engine when leaving the station to respond to an emergency.

The issue was again highlighted when two crews from Shoreham attended a fire in a residential property last week. Whilst on route to the property in Colvill Avenue, crews were unable to gain access to the road due to poorly parked vehicles. Fortunately they were able to run out extra hose and promptly extinguish the fire before it spread further.

The following evening, Shoreham crews had to proceed on foot, losing valuable time, when they attended a domestic flooding incident in Sullington Way. This is because cars were parked on the corner of the road, making access for a fire appliance impossible.

Reduce, reuse, recycle! Residents of Chichester are praised for their efforts during environmental campaign