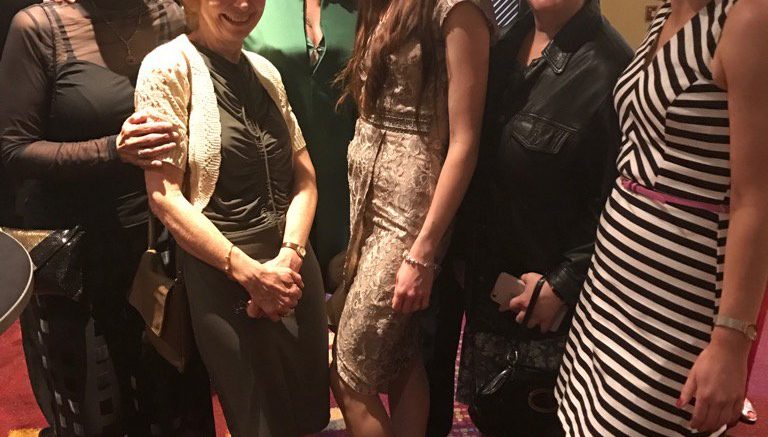 Space hero Tim Peake has heaped praise on the award-winning staff at The Novium Museum after they won a gong at a business awards ceremony.

The astronaut, who is from Chichester, has his very own exhibition in the city centre museum. And when the prizes were dished out at the recent Observer awards, staff at The Novium enjoyed a deal of success.

And Major Peake, who spent 186 days on the International Space Station, took to social media to congratulate the winning outfit, and tweeted: “Congratulations to all the team on a thoroughly deserved award – stellar news 🙂 ?”

The museum’s Twitter feed announced: “Wow! We are thrilled to win Team of the Year!” And Chichester councillor Gillian Keegan, cabinet member for commercial services, shared a picture at the ceremony and recently paid a visit to endorse them.

There could be more awards success round the corner. The Tim Peake exhibition has been shortlisted for a national award. It recognised in the Museums and Heritage Awards, Temporary or Touring exhibition category. The awards are said to be the Oscars of the museum world.

Councillor Keegan added: “We are extremely proud that the Tim Peake Exhibition has been recognised in this way.

“The exhibition has been so popular, with more than 15,000 people visiting in the first few months, and the feedback from our visitors has been excellent.

“People are so inspired by Tim Peake and what he has achieved – especially those who live in his home city – and so it is great, that people think that this is a fitting tribute to his achievements.”