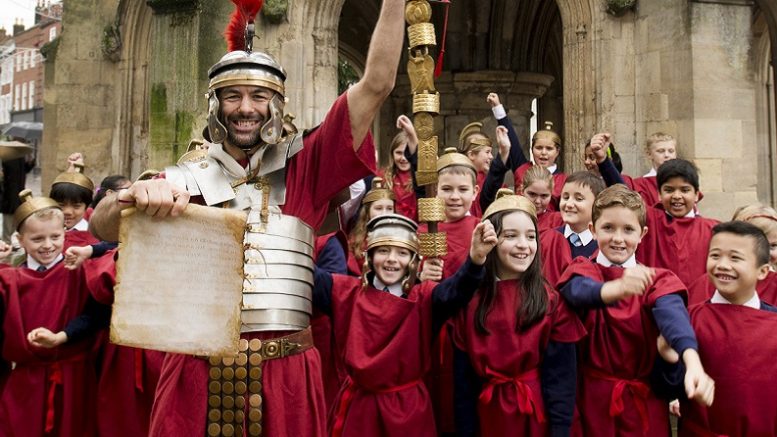 Rome around Chichester! That’s what children and parents are being encouraged to do when they they discover the city’s rich heritage during “roman week” this half term.

Chichester Roman Week is a seven-day festival celebrating all things Roman (and there are plenty of them) from Saturday, May 27 to Saturday, June 3.

And it’s all because of the rich Roman history on our doorstep. Chichester was first established as Noviomagnus Reginorum, which translates to “new market of the proud people” after the Roman invasion in AD43.

Nowadays their legacy can be found across the city, including super features such as the Roman walls surrounding the city and the Roman bathhouse located in The Novium Museum.

The week-long spectacular will be led by The Novium Museum the festival will feature talks, heritage trails, guided tours and family activities at cultural venues, shops and restaurants throughout the city centre.