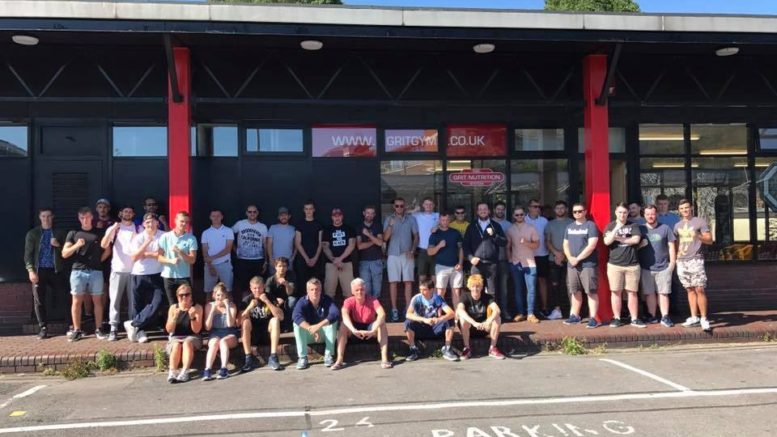 Falbros executives (the company behind chichester.news) Ryan Ewen and Alex Ewen reckon they have plenty of punch when it comes to business. Now they hope to show the same type of strength and craft in the boxing ring.

For the brothers are reaching for the gloves, gum shields and head guards after signing up for a white collar boxing bout which bids to raise funds for Cancer Research UK.

After agreeing to box clever for the event, both Ewens now face two months of gruelling gym work, training sessions and pad work to prepare for the event, to be staged in Chichester.

It takes place at the city’s Westgate Leisure Centre on September 9, and training starts in earnest on July 17 at Chichester’s Grit Gym MMA and Fitness (pictured are those planning to take part).

Ryan says he is keen to get going. He said: “It’s going to be tough because I have to be in the best possible condition in order to compete properly.

“I’d say I am pretty fit anyway but I am going to give up alcohol during training and try to sharpen my overall fitness and at the same time get to grips with the basic skills required to box. And it’s all for charity, so it’s got to be done!”

Brother Alex is also looking forward to the challenge. He said: “I know boxing is a very demanding discipline and people can think they are fit, but perhaps they are not fit enough to step in the ring and do battle! That means they must try to beat their opponent, obviously, but be able to defend themselves at all times. I can’t wait.”

The brothers are also happy to play their part in fundraising for Cancer Research UK. Organisers of the Ultra White Collar Boxing event have raised more then £8million from previous events.

A spokesman said: “It’s going to be a great night, hopefully. There will be around 25 fights on the night, consisting of three two minute rounds. We hope to get between 800 and 1,000 people at the event.”

What a song and dance! Chichester University students set for charity gala in aid of Children in Need