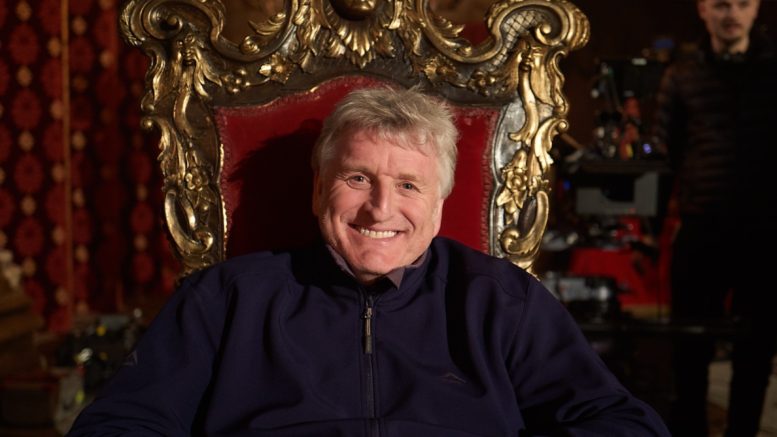 The producer of the award-winning Netflix series Black Mirror is to speak at the University of Chichester about a career in film and television.

Laurie Borg, visiting on Wednesday 29 November,  will talk on his most successful productions which include the hit BBC2 drama Peaky Blinders and 1995 film Sense and Sensibility.

His repertoire includes Netflix’s successful third season of Black Mirror, comprising the Emmy-winning San Junipero episode, as well as cult movies Little Voice and the Girl with the Pearl Earring.

The talk is part of the university’s department of Creative and Digital Technologies presents series, which invites stars of the big and small screens to Chichester to discuss their work.

Dr Adam Locks, programme coordinator for Film and Television Studies, and Media and Communications, will be in conversation with Mr Borg before hosting a question session with the audience.

He said: “It is an enormous privilege to have Laurie speak at our University as he’s a highly respected figure in the industry.

“His work on the dystopian sci-fi Black Mirror has been rightfully commended and was rewarded with two Emmy awards only last month.

“Laurie is the latest in a series of internationally-renowned professionals to visit the University to share their expertise with students and our community.

“This is a fantastic opportunity for anyone with interested in the film and television industry to hear the personal insights from one of its most successful producers.”

The event, which starts at 5:30pm, is free for the public, staff, and students but seats must be reserved in advance by contacting administrator Tracy Vine at t.vine@chi.ac.uk.