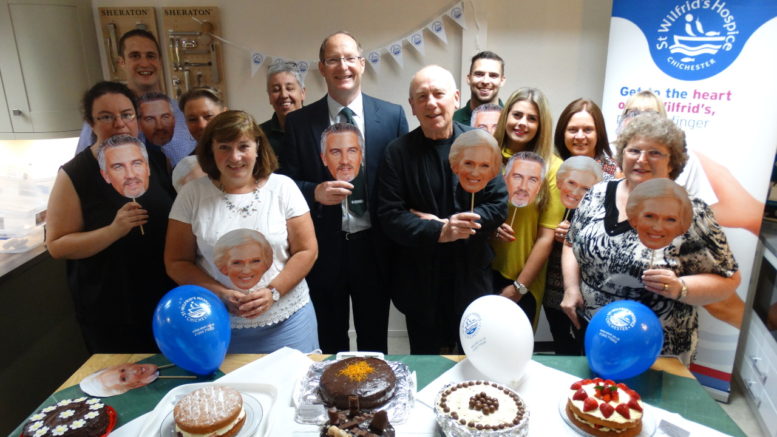 Covers chairman Rupert Green has spoken of his delight at the builders merchants’ charity fundraising campaign that will help boost the coffers of St Wilfrid’s Hospice.

The Chichester hospice is set to benefit from the Covers initiative, which aims to raise over £30,000 during their third Help for Hospices week.

Between Monday 11th and Saturday 16th September, Covers will be donating £5 for each registered customer that makes a purchase during the event.

The company has pledged to give at least £20,000 of its own money to kick start the campaign. And Mr Green said: “We’re delighted to once again be raising money for such a fantastic cause. I look forward to welcoming as many people as possible and to announcing the total amount raised in October.”

On Monday 11th September volunteers from St Wilfrid’s will join Covers staff at their Chichester depot to hold a bake off event to sell an array of delicious homemade cakes and biscuits. Chichester entertainer and St Wilfrid’s supporter Dawn Gracie will be on hand to judge the contest.

And the fundraising continues on Wednesday 13th September, with the sale of bacon rolls at the branch from 7am until 3pm. On the day, staff from both the hospice and Covers will also be selling raffle tickets, which will continue to be available until Friday 29th September. The great prizes include a £500 Covers voucher.

Alisa Lakeman-Ford from the fundraising department at St Wilfrid’s said: “With cake and bacon butties there’s bound to be something for everyone! Not to mention a chance of winning some great prizes in the raffle.”

*St Wilfrid’s Hospice services are all provided free of charge, thanks to the generous support of fundraisers and donors. Only 15 per cent of the running costs are currently met by the NHS and they rely on the community to fund the remainder, which equates to just over £7.5 million each year.

Hair-oic Hannah! She is set for a close shave of her 19-inch locks in charity fund-raiser