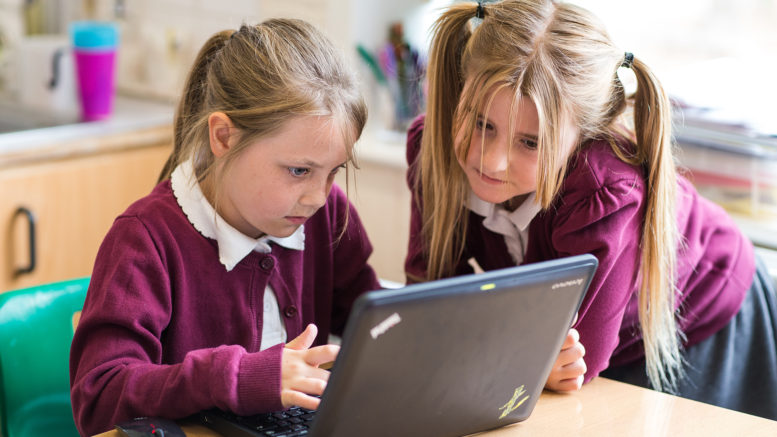 Headteacher Hilary Faulkner has told of her delight after Ofsted applauded the quality of leadership and early years teaching at Kingsham Primary School.

A new report recognised the considerable progress the school has made since it was first sponsored by the University of Chichester Academy Trust in September 2014.

Inspectors rated the school as ‘requires improvement’ with many good features and commented on the committed staff and effectiveness of the extensive training and support provided by the Academy Trust.

Ofsted also commended the leadership in the school, located at Hay Road in Chichester, and made specific mention of headteacher Mrs Hilary Faulkner, who joined in September last year.

The report added that leaders “know their school well and their determined actions, supported well by the Trust, are securing improvements in the school.”

It was particularly positive about early years teaching stating that “children achieve well by the end of the early years foundation stage.”

Kingsham Primary is part of a multi-academy trust sponsored by the University of Chichester: a group of 12 schools in the south coast region which utilise the experience of teachers and academics at the higher education institution to help the children’s development.

Inspectors at the visit noted that “pupils achieve increasingly well across key stage one” and recognised that all year-two students have met expected standards, which was not the case before Kingsham became an academy.

Headteacher Hilary said: “I am delighted that the inspectors identified the many strengths at Kingsham and the commitment of my staff to ensure that the school continues on its journey to excellence.”

At the meeting, which shared the report, parents were extremely positive about the education currently provided by the school.

One said: “I am really happy with the education my child is getting. We should be celebrating.” Another parent added: “The school is on a journey, it is expanding and going from strength to strength.”

The success of the University of Chichester Academy Trust in improving schools has also been recognised by Ofsted in the review of the Trust’s work also carried out in the summer term.