Chichester Festival Theatre has announced that Kate Bassett, formerly theatre critic and arts journalist for the Independent on Sunday and The Times, has been appointed Literary Associate.

Daniel Evans, Artistic Director, and Rachel Tackley, Executive Director, said: ‘We are delighted that Kate is joining us as Literary Associate. She will be working with us on a broad range of new writing initiatives at Chichester, and brings a keen and discerning eye from her experience as a critic and academic. We very much look forward to working with her on Festival 2017 and beyond.’

Kate Bassett has previously worked as an arts journalist and theatre reviewer for The Times, the Daily Telegraph and the Independent on Sunday. She has been a freelance dramaturg, and a script reader and literary consultant for the NT, London’s Hampstead Theatre and Gate Theatre, the Michael Grandage Company, Cheek by Jowl and the BBC. 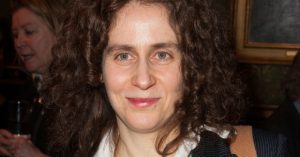 Her book In Two Minds: A Biography of Jonathan Miller was shortlisted for the Theatre Book Prize, the Sheridan Morley Prize for Theatre Biography, and the HW Fisher Best First Biography Prize in 2013. She was an Associate Professor of Creative Writing at the University of Reading from 2014 to 2016.

Kate Bassett has previously been a director on attachment at the National Theatre Studio and an assistant director at the Gate Theatre, Hampstead Theatre and the Royal Court. She has hosted platform talks for the Barbican, the NT, King’s Place and the British Library, and she has served on many theatre and comedy awards panels including the Susan Smith Blackburn Award, the Verity Bargate Award, Equity’s Clarence Derwent Awards, and the Edinburgh Comedy Awards.