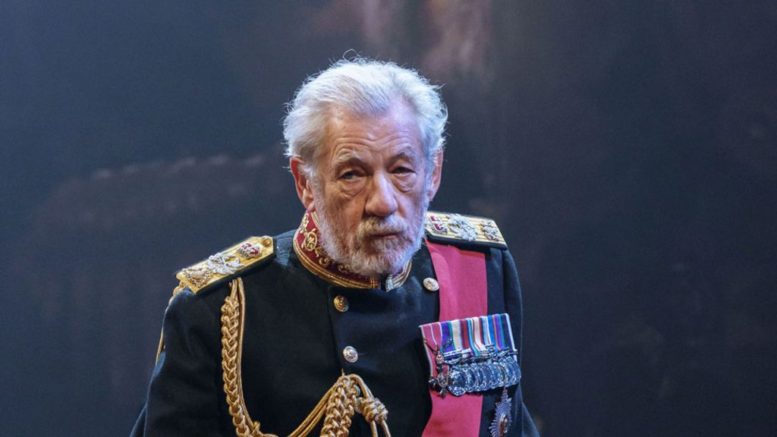 Ian McKellen is to celebrate his 80th birthday next year by raising funds for theatres, with a new solo show which will play on 80 stages across the UK – including at Chichester Festival Theatre’s Minerva Theatre.

The tour begins in January 2019 with a tour of London, including at the National Theatre, in the West End and Outer London. Then, across the country, Ian McKellen will visit theatres large and small with which he has personal connections, including amateur groups he knew as a child and notable playhouses he has played in as a professional actor over the last half-century.

All profits will benefit specific causes at each theatre. His intimate show is a mixture of anecdote and acting, including Tolkien, Shakespeare, others… and the audience. The Chichester date has been set for Friday 5 April at 3pm and 7pm.

McKellen said: “I’m celebrating my 80th birthday by touring a new solo show to theatres I know well and a few that I don’t. The show starts with Gandalf and will probably end with an invitation to act with me on stage. In-between there will be anecdotes and acting. I open at my local arts centre in January and end up by August in Orkney.

“My first appearance in Chichester was in Laurence Olivier’s National Theatre summer season, in 1964. Geraldine McEwan, Maggie Smith, Billie Whitelaw, Albert Finney, Derek Jacobi, Edward Petherbridge, Michael York and I in plays by John Arden and Pinero. I was first at the Minerva in “The Syndicate” directed by Sean Mathias who has directed my new show.

‘“King Lear” started at the Minerva and has since run for 100 performances in the West End. I owe a lot to Chichester and to my friendship with Daniel Evans. We were Peter Pan and Captain Hook at the National Theatre.

“Live theatre has always been thrilling to me, as an actor and in the audience. Growing up in Lancashire, I was grateful to those companies who toured beyond London and I’ve always enjoyed repaying that debt by touring up and down the country myself, with the National Theatre, Royal Shakespeare Company, Prospect Theatre, the Actors’ Company, as well as with commercial productions. Sean Mathias, the director and I have worked together for stage and screen, many happy times.”

Profits from the Minerva Theatre performances will go towards Chichester Festival Theatre’s Ageless campaign, helping to ensure that theatre and live art remain at the heart of people’s lives, particularly for older people in our community who are at risk of isolation.

Tickets for Ian McKellen On Stage at the Minerva will only be available by ballot, ensuring everyone is given equal opportunity to access these highly sought after tickets. Registration for the ballot is now open at the CFT website and will close at 12 noon today Wednesday 14 November. Successful applicants selected at random will have the opportunity to purchase up to 2 tickets online at £80 each. There will be a separate ballot for 10 Prologue tickets for 16-25 year-olds per show at £8.

*Ian McKellen On Stage is presented by Ambassador Theatre Group and directed by Sean Mathias.