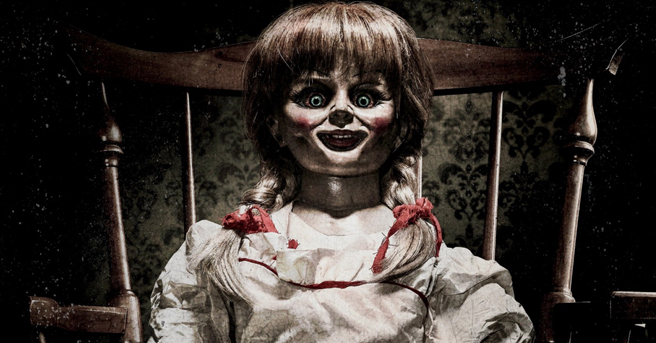 Annabelle: Creation (15) is a well-crafted, frightening addition to The Conjuring universe. It follows a group of girls, from an orphanage, as they move into the house of a doll maker and his wife, several years after the tragic death of their daughter. Soon these girls become the target of the doll maker’s creepy creation, Annabelle.

When the first Annabelle was announced I, as well as other fans of The Conjuring, thought “cash grab”, a cheap way to build upon the success of The Conjuring. This made me sceptical of Creation, was this really necessary I was thinking, but I am happy to say that Annabelle: Creation is leaps and bounds above its predecessor.

David F. Sandberg, who also directed 2016’s surprisingly entertaining Lights Out, delivers a very atmospheric, spine-chilling, creepy haunted house movie. I’ve said it before and I’ll say it again, the two most important aspects of a horror movie are sound design and cinematography, these were utilised perfectly meaning Sandberg created an incredibly creepy environment, with a lot of chilling imagery. There were a lot of good scares, with a number of them making the hairs on my arms and neck stand up, creepy stuff so well done movie you scared the crap out of me.

The acting from the two main girls, Janice (Talitha Bateman) and Linda (Lulu Wilson), were the stand outs from the film, both gave excellent performances with extremely realistic reactions when the eerie stuff started going down, these girls looked genuinely terrified. I say these two were the stand outs as the other girls kind of faded into the background, plus Janice and Linda had such an innocent relationship, that whenever the demon tried to tear them apart it actually made me care about what would happen to them, which is uncommon in most mainstream horrors.

As with a lot of horrors you find yourself scratching your head at some of the decisions made by the characters, there were a few moments like this in the film. Frequently going back into a room where something creepy is constantly happening, what are you thinking?! There’s even a scene where someone dies and they turn an unnatural colour, they are blue and veiny, so not quite natural causes, but instead of getting the hell out of that house, they’re like “right get ready for bed”. Ridiculous. Decisions like this annoy me but if every character in a horror movie was smart, they would only be an hour long.

Overall, I was pleasantly surprised by Annabelle: Creation, lots of good scares, creepy imagery and solid acting all round, all this made for a great haunted house horror. A clever tie in to the first Annabelle made Creation that much better. I look forward to the next Sandberg horror as he’s on a roll at the moment.