Footballers came together to give a charity a kick in the right direction by raising funds for Chichester homeless charity Stonepillow at a six-a-side football match last night.

Falbros Media Group (FMG) took on DIY giants Wickes to battle for the inaugural ChiFi Charity Cup and the former ran out comfortable winners in a high-scoring match.

And former Chelsea reserve team skipper Dan Hollands, now at non-league Eastleigh, was on hand to help FMG to victory in the game after volunteering his services because of his support of offering a better communication connection to Chichester.

FMG spokesman Ryan Ewen offered his thanks to all those who supported the fundraiser. He said: “Dan was so kind to come along and it’s great that such a high-profile player recognises that Chichester needs to be better connected. 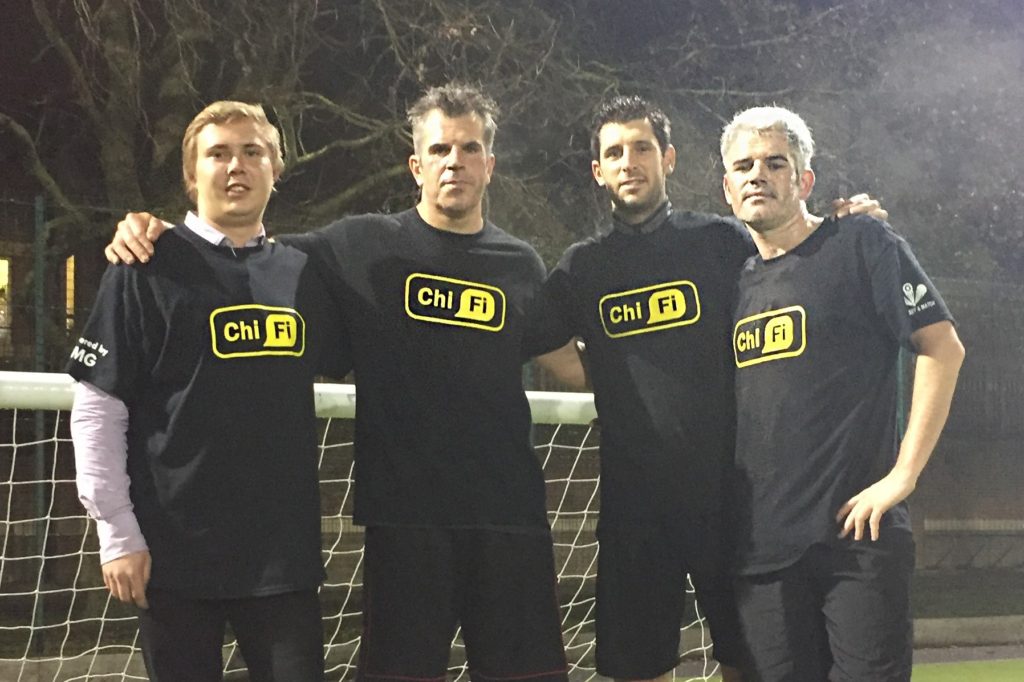 “It’s fair to say we won comfortably in a 27-goal frenzy but in reality, the score is unimportant because the event was a victory for Stonepillow. It’s a fantastic charity and one which, once we’ve added up the total, will be receiving a donation from us and the kind folk at Wickes.

“The Wickes lads were a total credit and never stopped battling; more than the performance on the pitch though, was their willingness to try to make a difference. They deserve huge respect for that!”

Also providing support to the event was Chichester businessman Henry Brown, whose company Blaze Wireless has teamed up with FMG to bring the ChiFi service to the city’s North Street. And Henry, who volunteers his time one day a week for Stonepillow, was on the touchline delivering free WiFi to spectators at Chichester College as the action unfolded. 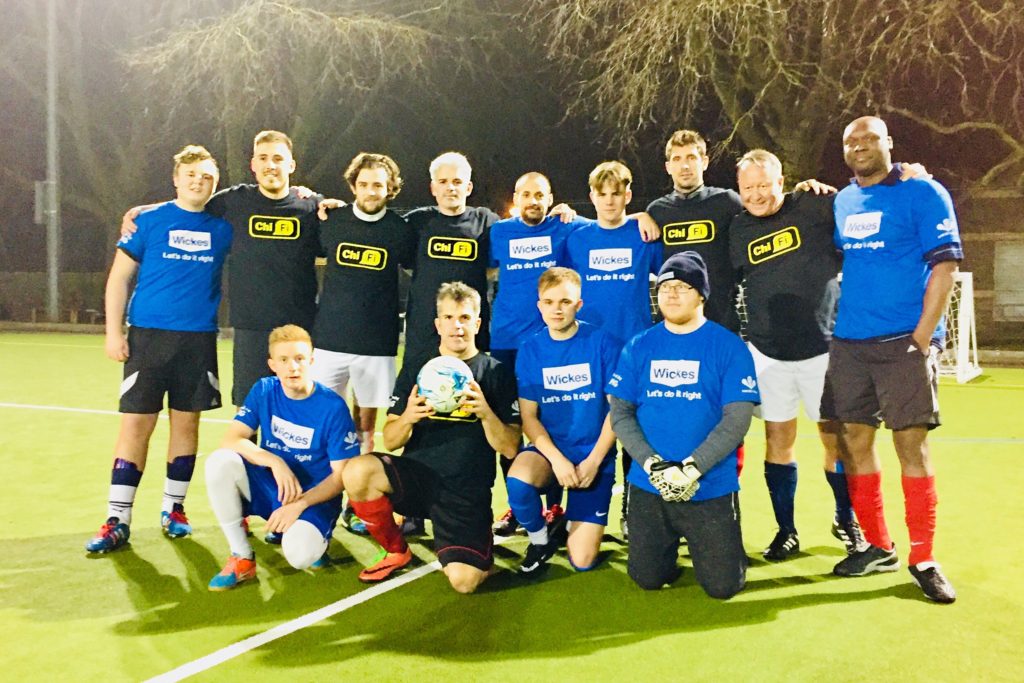 Ryan added: “Henry has been so supportive and we are indebted to him. There is an analogy to be made to how quickly the goals were going in to just how speedy the ChiFi service is!

“Lots of praise must also go to the kind folk at Game, Set and Match who helped out with the kit for the night. They did a fabulous job, and everyone looked very smart!

“Thanks also to Chichester College who donated the pitch. That was also very kind of them and very much appreciated.”