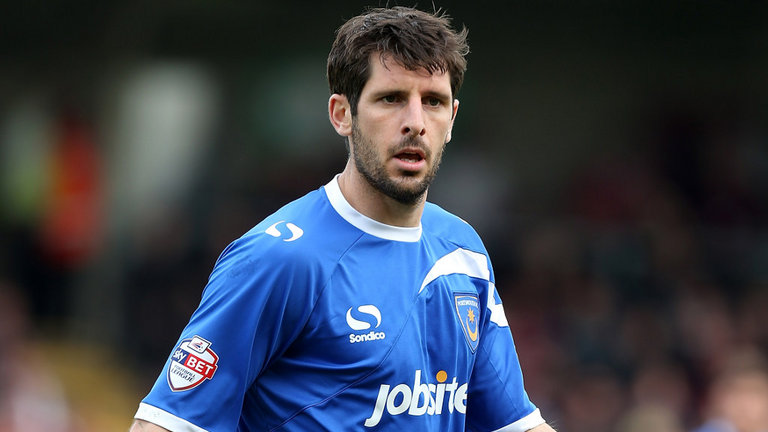 Former Pompey skipper Danny Hollands want to help connect the community in Chichester — so he has signed up to lead a charity six-a-side football team supporting a new initiative in the city.

Midfield ace Hollands, 32, volunteered his considerable services after spotting the publicity surrounding ChiFi after deciding he wanted to contribute.

Now Hollands, a one-time captain of Premier League Chelsea’s reserve side, will play for Falbros Media Group (FMG) — owners of Chichester News — against a Wickes DIY store outfit to do battle for the ChiFi Cup. Charitable donations from the event will go to Stonepillow, the homeless charity.

And Hollands currently plays for Eastleigh in the National League after moving from Crewe Alexander. He has also enjoyed spells at AFC Bournemouth and Charlton Athletic.

He said: “ChiFi sounds like a fantastic way to connect the community. And with money also being raised for Stonepillow I was eager to get involved.

“Homelessness must be difficult to live with at any time but especially so at Christmas. I am looking forward to a bit of fun and raising lots of money for such a deserving cause.”

The six-a-side match takes place at Chichester College on Wednesday December 20, and kicks off at 7.30pm — and is being backed by the businessmen behind ChiFi, a new, free WiFi service in the city’s North Street.

FMG’s director Ryan Ewen teamed up with Henry Brown of Blaze Wireless to launch the ChiFi service to help mobile phone users who have struggled to get a signal, leaving them frustrated. They have plans to expand the service throughout the city.

He added: “Danny’s a real gent for playing; having someone of his standing within football on board is great news for the event. We look forward to a good game.”