We’re celebrating another milestone here at Chichester News — we’re now rubbing shoulders with the likes of Sky News, the Washington Post and GQ Magazine, to name but three, as an accredited news source with digital giant Apple News.

The prestigious organisation has recognised our news site as one delivering insightful, reputable and trustworthy stories, and as a result now indexes us with leading news sources. 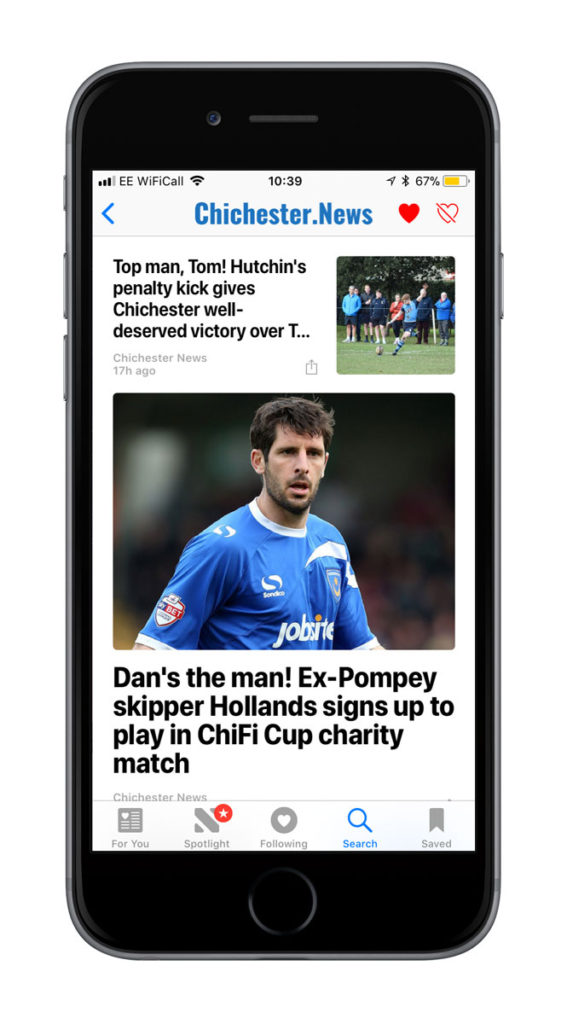 It’s an incredible step for us given that we’re not even a year into our journey; and the development comes following a huge boost for us in the summer when we were rewarded for our hard work with a pat on the back from Google.

Bosses there recognised our website as one of credibility and welcomed us into the fold of news sites delivering stories they are prepared to endorse, index and feature.

Google is the online search engine that processes more than 40,000 search queries every second; that’s 3.5 billion searches per day — and our Chichester coverage is very much part of that astronomical number.

Ryan Ewen, Head of Digital at Falbros Media Group – the tech company behind Chichester.News, says he is overjoyed at the news. He said: “It’s another feather in our cap and we’re obviously delighted that a massive organisation such as Apple has deemed us as a reliable news source of trust and integrity.

“It’s only the beginning of what we know we can achieve in this city. Our intention to be the leading online news source for Chichester. The response we have had from many, many people is fantastic and we can’t thank them enough for their support.

“Apple News works by collecting all the stories you want to read – so you no longer need to move from app to app to stay informed.

“Information is everywhere on the internet but much of it is unreliable. Apple collates stories with integrity meaning that a reader can be sure that they have picked reputable sources of information. We’re chuffed to be part of this.”