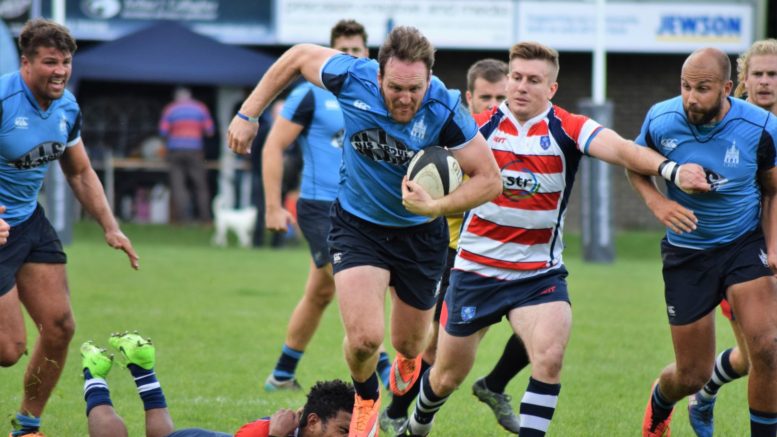 Henry Anscombe was once again in fine form as Chichester saw off Havant to set up a mouth-watering game at London SE division one south league leaders CS Rugby on Saturday.

Chichester chalked up a 30-17 victory in front of a healthy crowd at Oaklands Park in the first meeting of the two teams in four years. Back in 2013 when Chi did the double over their opponents.

The Blues burst into action immediately with some speedy passing and good running from Nat Jackson who got the home side on the board with an early try. Havant responded straight away with some fine passing leading to a try which was scored and converted.

A promising attack for Chi was brought back for a penalty award, which Anscombe dispatched with ease from just over half way. Anscombe was called upon again, and was successful, when a Blues attack was illegally stopped at a ruck and Chi took the lead.

But the advantage was cut short as Havant scored near the posts; the kick was converted to give Havant a 14-11 lead with half-time fast approaching. The Blues replied with a Barlow try, with Anscombe adding the extras, giving Chi the lead at the half.

Chichester started brightly after the break and Sam Renwick accelerated towards the line but he was brought down yet his momentum carried him over to score. Anscombe converted once again. Renwick was injured in the process and had to go off.

Havant went down to 14 through a second yellow card and the Oaklands Park outfit capitalised on this and Davies broke through to smash the ball down.