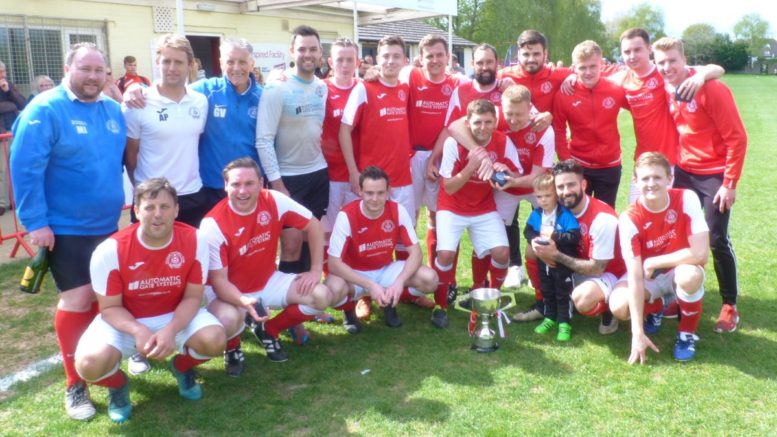 Bosham cracked open the bubbly to help celebrate being crowned champions of the SCFL Division Two yesterday. It is the fourth time the Robins have won the trophy. They had already won the title with a 2-0 win over Roffey on Saturday.

That victory came courtesy of goals from leading striker Marco Giambelardini, who has hit 33 goals so far this season. Then Jake Laffery came on as sub to score a second, which was the club’s 100th league goal of the season.

And while the players celebrated after that triumph, the fizz really flowed after their 0-0 draw at Walton Road with neighbours Sidlesham, which was very much the icing on the cake.

In a lovely twist, it was Daren Pearce’s men who had helped the Robins to get their hands on the title by holding second-placed Jarvis Brook to a 0-0 draw on Saturday, meaning Andy Probee’s outfit couldn’t be caught.

And it was a case of double celebration for both the hosts and the visitors as the Sids, currently third in the table, look likely to be the side promoted from the division thanks to ground upgrades.

Chichester City suffered a blow with a 3-1 reverse at Pagham which ends any faint lingering hopes of the Oaklands Park outfit snatching the SCFL Premier League title. 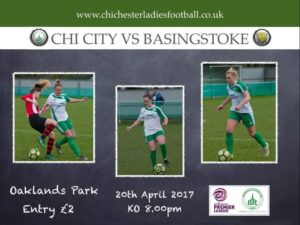 Chichester City Ladies can add points to their tally in their bid to win the Women’s Premier League when they host Basingstoke at Oaklands Park on Thurdsay, April 20, with an 8pm kick-off.