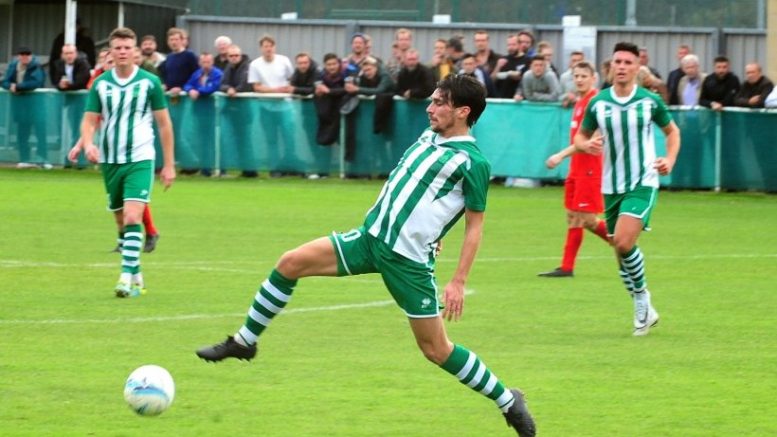 An early Ellis Martin goal gives Chichester three valuable points in their 1-0 victory over Eastbourne Town. The visitors put in a resilient performance against a strong opposition in this SCFL Premier Division match.

Only goal difference separated the third and fourth-placed sides before kick-off. Victory for Miles Rutherford’s squad keeps them in third, but now they’ve closed the gap at the top to just one point, but league leaders Haywards Heath and second-place Peacehaven have two games in hand.

The next fixture for the Oaklands Park outfit sees them host 13th place Eastbourne United on Saturday.

After minimal chances, the deadlock was broken on 15 minutes when a powerful shot from Scott Jones stung the hands of Eastbourne’s keeper Greg Nessling but fell to Martin who fired in the rebound.

Both keepers were tested but neither team were able to find the net as the half drew to a close.

At the restart both sides had chances, but it was Chi who thought they had extended their lead only to have the goal from Jones ruled out for offside.

Eastbourne kept pressing for the equaliser, but the visitors fought back with Dave Herbert and Josh Clack almost nabbing a second near the end.