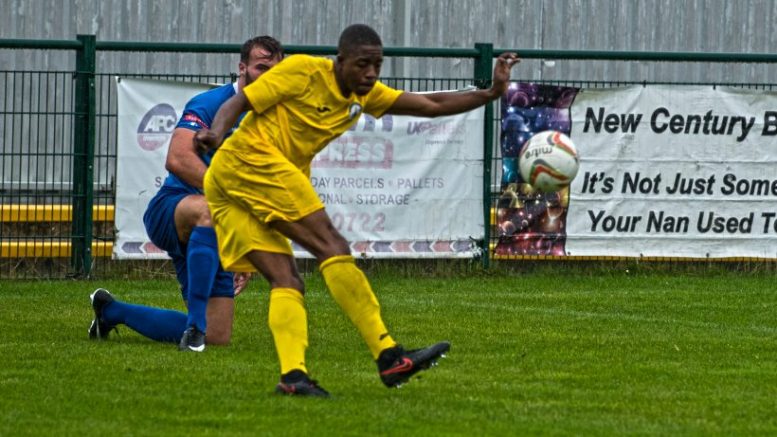 Kanjanda hit his second-half treble in the 6-0 thumping of Arundel on Saturday and will no doubt be in the mood once more when Miles Rutherford’s side host the Blues at Oaklands Park, kick-off 7.45pm.

Selsey are in buoyant  mood, too, going into the cup clash following a 2-0 win over Hailsham Town at the Bunn Leisure Stadium thanks to goals from Ryan Morey and Jake Goulding.

For City against Arundel on Saturday, Kanjanda’s goals were added to by Josh Clack and Dave Herbert before the break together with a second-half Lorenzo Dolcetti header.

City were 5-2 winners in the league fixture in mid-week and condemned the Mullets to another mauling at Mill Road in the SCFA RUR Charity Cup  to complete a league and cup double.

Rutherford’s troops are back in action this Saturday when they travel to Saltdean United for a league match, kick off 3pm.

Meanwhile, the draw for the first round of the Parafix UK Sussex Senior County Challenge Cup sees City go to Haywards Heath.