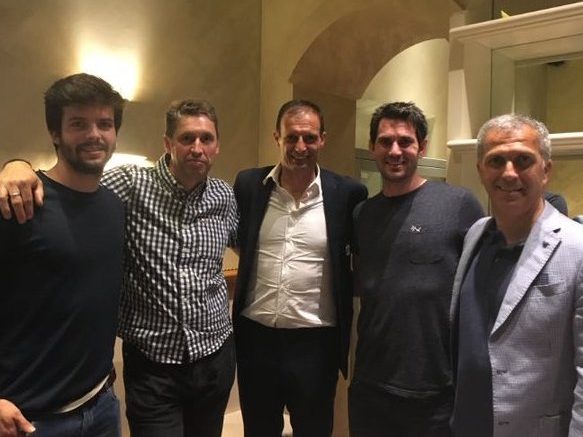 Chichester City coach Daniel Potter swapped the modest surroundings of Oaklands Park for the state-of-the-art Juventus Stadium at the weekend as he joined in the Serie A title-winning celebrations.

Potter was a guest of midfielder Lorenzo Dolcetti, duel-signed with both City and Bognor Regis Town, whose Dad is a coach at the Italian giants. 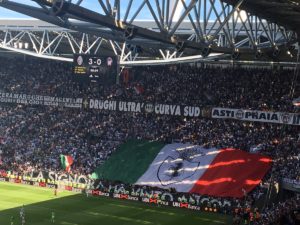 Massimiliano Allegri’s outsanding team recorded their sixth straight Italian crown triumph with a 3-0 victory over Crotone to seal the title, and give them momentum as they head for the Champions League final against Real Madrid in Cardiff later this month.

Potter, who is a senior lecturer at the University of Chichester and manages their men’s team as well as coaching City, took to social media to share his experience. He posted pictures depicting the colourful scenes   and of when he met the manager and some of his backroom team, then tweeted: “Watching Juve win the league wasn’t quite enough. I also met their manager and coaching staff courtesy of Lorenzo at their private party.”