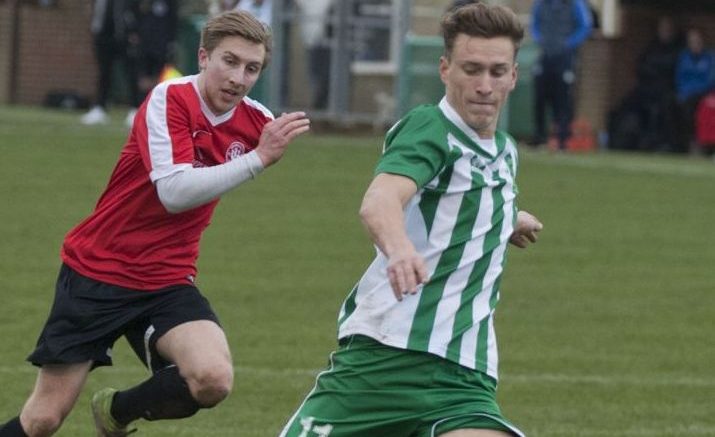 Goals from Kaleem Haitham and Kieran Hartley helped send Chichester City through to the quarter finals of the Peter Bentley Challenge Cup with a 2-0 win over Newhaven.

Boss Miles Rutherford was chuffed with his team’s performance in a game which saw both goals come after the break. He said: “We’re really pleased with the second half performance and particularly pleased to see the young lads get on. Kaleem took his goal well. Now we look forward to the FA Vase this weekend.”

Chi keeper Ant Ender was tested early on when lively Lee Robinson got on the end of a through ball. Then Josh Clack unleashed a shot but it clipped a defender and onto the woodwork, before Dave Herbert saw his curling effort go wide.

The best chance of the game fell to Herbert just before half-time. He went one-on-one with Newhaven keeper Jake Buss but was denied by the latter’s legs.

Rutherford’s side started the second half stronger. Scott Jones had his effort saved by Buss, and then an off-the-line clearance denied the striker once more.

The City gaffer introduced some fresh legs in an attempt to break the deadlock; Sam Ndlovu on for Jones, Haitham on for Clack and Omar Barry on for Lorenzo Dolcetti.

And super-sub Haitham immediately made an impact when he fired a shot into the bottom corner from 30 yards. Then midfielder Hartley cut inside and rocketed an unstoppable shot into the other corner.

Next up for Chichester is Deal Town who they host on Saturday in the second round of the FA Vase.