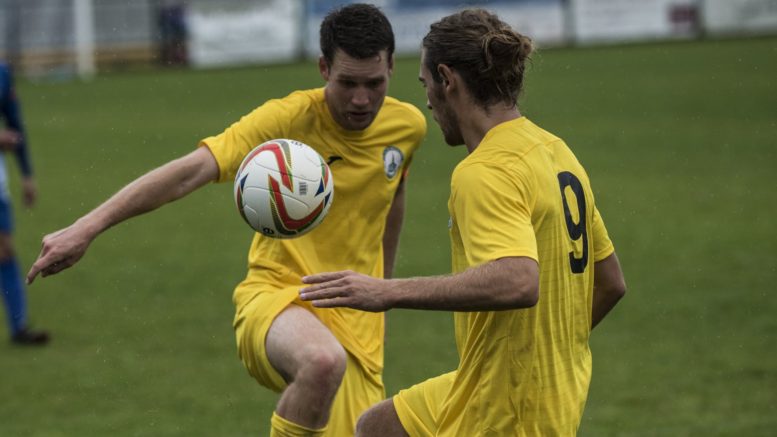 No matter how many chances Dan Hegarty and co created, Chichester City were unable to convert in this disappointing 0-0 draw with Broadbridge Heath in the SCFL Premier Division.

Chi were a little deflated and didn’t really perform to their best abilities on Saturday, says Graeme Gee, assistant manager of the Oaklands Park side.

He explained: “The players didn’t really perform in the first 45 minutes. It’s always difficult and you can’t turn a game on and off like a tap. We’ve been a little bit too inconsistent all year if I’m honest.”

In a league as close as this one it is important to take all chances to stay in the fight, says Gee. He added: “That’s two points dropped today, and we know we’ve got to improve. We’ve still got faith in the players that we’ve got at this football club. They’re all good players. But for some reason we didn’t start well enough today.

“There were periods of the second half where we got going and to be fair I think we’ve missed six good chances today. Normally, we’d expect to take at least one or two of these.”

Hegarty was first to test the Heath keeper, Michael Chester, when his shot was well saved. Hegarty had another chance early on, this time a header but Chester was equal to it once again.

The next real chance didn’t come until the 54th minute when Scott Jones had a fine effort palmed onto the post by Chester. Then, Jones did well to knock down a cross to Dave Herbert, but he missed the chance.

The visitors continued to defend well when an onslaught of chances for Chi came their way. First, Josh Clack’s effort was snuffed out. Next, Hegarty had an effort blocked at point blank range by Chester and then another effort from Clack hit the side netting.

Substitute Kaleem Haitham had a hard-driven effort denied by the Heath shot-stopper. The visitors thought they had stolen the points at the end when a tussle between Chi’s Jack Lee and Javlon Campbell saw the Bears striker pull away and slot the ball home. However, the assistant referee spotted an infringement and the goal was ruled out.

Next up for Chichester is the quarter-finals of the RUR Cup on Tuesday against Horsham YMCA, at Oaklands Park.