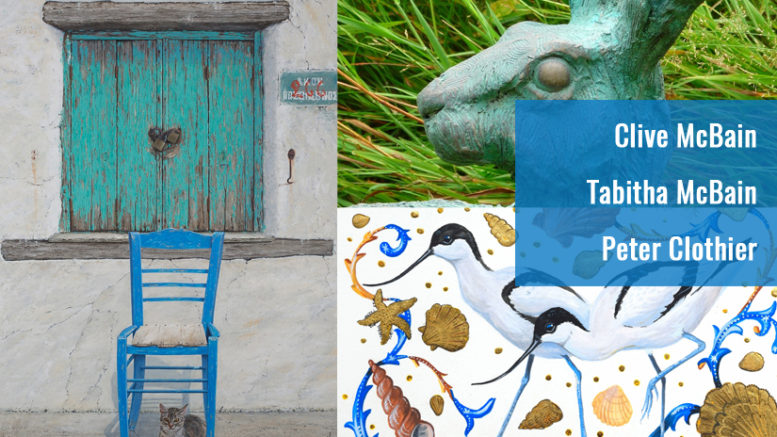 Artist Clive McBain is gearing up for an exhibition of his paintings at The Oxmarket Centre of Arts, Chichester, later this month.

Clive’s realist works as well as a new collection of modern paintings will be on show at the city centre gallery from the 11th-16th April. And his daughter Tabitha and her partner Peter Clothier will also have their work on display.

In any one of Clive’s pictures, a close examination shows his love of detail and its meticulous rendering. It is this microscopic vision which is so suited to his favourite subjects. Clive has sold illustrations and paintings worldwide. His work has been featured on ITV and extensively in the media. He has exhibited in London and across the South and has had six two-week solo exhibitions at Petworth House to great acclaim. 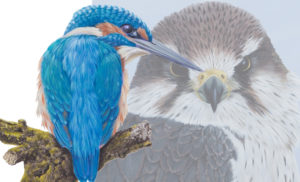 Clive, who lives with his wife Sidonie in the village of Graffham, Petworth, is said to owe his style of paintings owes its distinctive detail to his love of realism and also the paintings of artist Raymond Harris Ching who Clive and Sidonie met whilst Raymond was working on the Reader’s Digest Book of British Birds.

Many of Clive’s paintings explore texture within the context of time. The sense of decay that is evoked in so many of his studies hints at the passing of time whilst capturing the dialogue between the man-made and natural world. He paints only in acrylics. You can see more of Clive’s work at the Oxmarket gallery later this month.

Meanwhile, Tabitha will be exhibiting her highly decorative paintings of animals and birds which are inspired by medieval illuminated manuscripts and bestiaries. Peter will exhibit his cold cast bronze sculptures of hares.