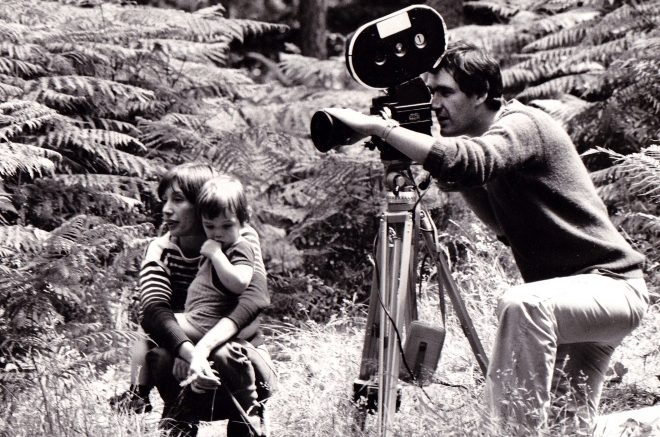 Roger Gibson, the artistic director of the Chichester International Film Festival, must be doing something right. That said, so must movie director and producer Mick Csáky.

They have collaborated to feature a retrospective of Chichester-based Csáky’s work, eagerly anticipated as the 26th festival opens its doors at Chichester Cinema at New Park and four other venues in the city on 10 August.

But one of Csáky’s films, his latest, The Jazz Ambassadors*, won’t now feature. And Chichester’s loss is the gain of the prestigious Sundance Film Festival, set to take place in Utah, in January of next year.

Organisers of the Stateside event have chosen the film for their festival in January. Csáky, who produced the film, is delighted to have his work deemed significant enough to warrant exposure at such a fabulous festival, while at the same time sympathising with the Chichester audience who were so keen to see it first.

(Clarification: While it is true the Sundance Institute has insisted on being in a position to consider the film for its World Premiere, it has not yet been selected for the Sundance Festival – not least because the film has not been submitted to the Sundance Festival.  This is only one of the factors that has led to the film being withdrawn from the Chichester festival. Also, the film cannot be shown because it is running two months behind schedule and therefore too incomplete for the planned “sneak preview”. When it is complete, Csáky says he will be keen to show it to Gibson in the hope that he will want to screen it at New Park at some point next year when the Sundance Institute has had their chance to give the film a World Premiere.)

He said: “We were ready to show The Jazz Ambassadors but the organisers at Sundance have been very insistent and we can’t now do so. It’s thrilling and very flattering to have the retrospective in Chichester; the audience are very much middle age, middle class, and middle England and they are a very intelligent audience and there should be good Q and As. It was hard to know which films to choose but I am happy with those that we have selected.” 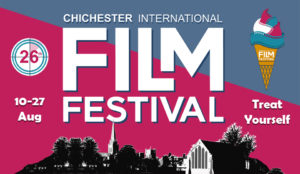 Titles that will be shown include: Mozart In Turkey: A performance of Mozart’s The Abduction from the Seraglio within the Topkapi Palace, in Istanbul; Sister Rosetta Tharpe: The Godmother of Rock & Roll (she is said to have been Johnny Cash’s favourite musician); Plácido Domingo: A Musical Life; Africa Live: The Roll Back Malaria Concert; 444 Days: The US Hostage Crisis in Iran of 1979; Killing The Dragon: A radical cure for heroin addiction; and the Oscar-nominated feature film Himalaya.

Over a career spanning 40 years, Csáky’s films have played on all of the main television channels in the UK and extensively worldwide, winning numerous awards including a national and an international Emmy Award in the USA. To date he has been responsible for some 600 productions – more than 50 as a director and more than 500 as a producer and executive producer.

In 1998 he was elected a Fellow of the Royal Television Society “In recognition of an outstanding contribution to the furtherance of television”. Over the years several of his films have already played in the Chichester Cinema at New Park. And he will be introducing most of his films personally, as well as delivering an illustrated talk, Mick Csáky: Telling True Stories, on August 12.

Picture shows Csáky behind a camera 40 years ago

*In the mid-50s, at the height of the Cold War, the US State Department introduced an innovative propaganda initiative to win over the hearts and minds of newly independent countries in Africa, India and the Far East.

Over a 10-year period there were 20 hugely popular Jazz Tours to over 100 countries. However, dangerous racial tensions were building up back home in the USA, with growing demands for better Civil Rights. Interviewees include Quincy Jones, Darius Brubeck (son of Dave Brubeck).

May the Force be with you! Critic Josh Burford counts down the best Star Wars characters ever…