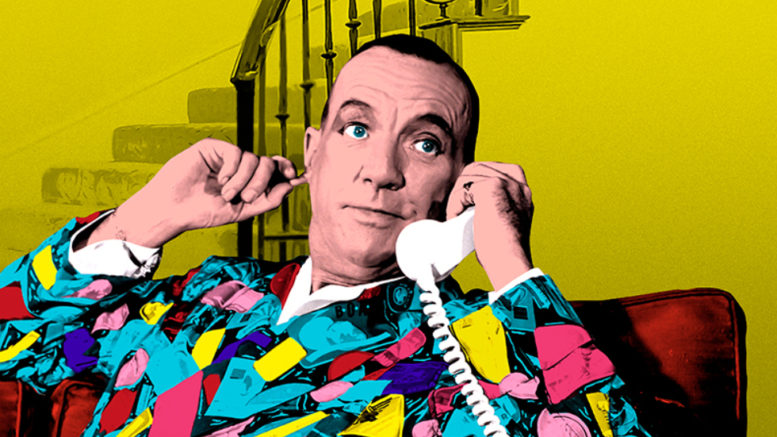 Rufus Hound, Katherine Kingsley and Tracy-Ann Oberman will star in Present Laughter by by Noël Coward at Chichester Festival Theatre.

The full company is announced today for the opening production of Festival 2018. Directed by Sean Foley, the cast is led by Hound as Garry Essendine, Kingsley as Liz Essendine and Oberman as Monica Reed.

Present Laughter plays from 20 April – 12 May, with a press night on 26 April. This sparkling comedy about sex, fame and the theatre itself – and a man wrestling with his own self-image – is widely regarded as Noël Coward’s most autobiographical play.

Actor Garry Essendine is at the height of his fame. He’s handsome, witty, surrounded by adoring fans, and about to take his latest theatrical hit overseas. He’s also in the middle of a raging mid-life crisis.

Holed up in his studio, he is assailed from all quarters: a beautiful debutante wants to bed him, an aspiring playwright from Uckfield wants to worship him, and his own producer’s wife wants to… well, what exactly does she want? Under the sardonic eye of his long-suffering secretary, Monica, and the unshockable gaze of his estranged but determined wife, Garry struggles to keep all the balls in the air.

Actor, comedian and presenter Hound returns to Chichester following Neville’s Island (2013). His stage work also includes the National Theatre’s One Man, Two Guvnors, Dirty Rotten Scoundrels and The Wind in the Willows in the West End, Don Quixote for the RSC and The War of the Roses at the Rose, Kingston. His extensive screen work includes The Wedding Video, Trollied, Drunk History, Doctor Who and Zapped.

Katherine Kingsley plays Liz; she received her third Olivier Award nomination for her role as Lina Lamont in Singin’ in the Rain at CFT and in London. Her West End work also includes Dirty Rotten Scoundrels, Helena in A Midsummer Night’s Dream (Michael Grandage Company) and Marlene Dietrich in Piaf (Donmar Warehouse).

Tracy-Ann Oberman plays Monica, returning to Chichester after playing Golde in the hit production of Fiddler On The Roof at Chichester last summer. Her stage credits also include Boeing-Boeing and Stepping Out in the West End, while extensive TV work includes New Tricks, EastEnders, Toast of London and Friday Night Dinner.

Sean Foley’s West End productions include The Painkiller, Jeeves & Wooster in Perfect Nonsense (Olivier Award for Best Comedy), The Ladykillers, The Dresser (at Chichester in 2016) and the multi award-winning The Play What I Wrote.

Present Laughter will be designed by Alice Power, with lighting by Mark Henderson, music and sound by Ben and Max Ringham, and movement by Lizzi Gee.

Present Laughter is sponsored by Harwoods Group and Wiley.

Noël’s War Saturday 12 May, 10am
Noël Coward’s war experiences are told in his own words with songs, letters and diary entries written by “The Master”, presented by members of the company. Tickets £5.