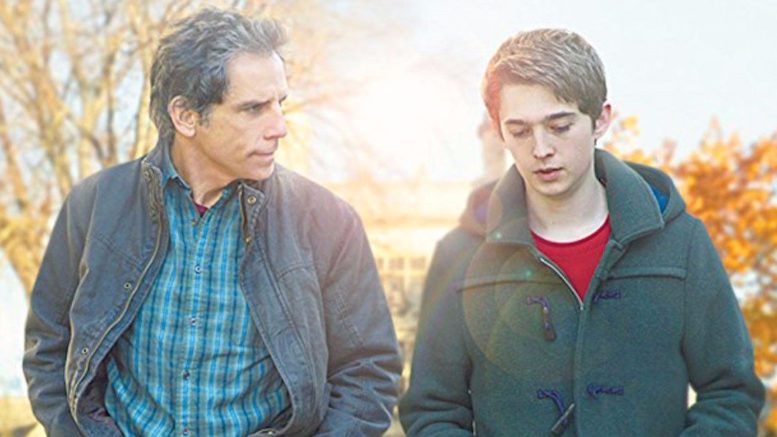 Brad’s Status (15) is written and directed by Mike White (writer of School of Rock) and follows Brad (Ben Stiller) as he takes his son (Austin Abrams) to tour colleges on the East Coast.

There, he begins to have a midlife crisis as he sees how successful his college friends have become and doing so makes him see himself as a failure in life.

I love Ben Stiller, but I’ve found that he does a lot of the same movies; comedies. That’s why I like to see him tackle dramas. In Brad’s Status I think I have seen his best work yet. He was fantastic. He does a tremendous job of conveying the personal struggles and paranoia in his life.

The story telling is very relatable. People who struggle with anxiety will relate to a concept in this film. Quite often, everything you are worried about is made bigger than it needs to be, and this film does an effective job of exploring that with Brad’s character.

I loved the relationship with his son, it felt very realistic. While Stiller does indeed carry the film with his inner monologues and analysis of life, Abrams does a fine job of portraying a kid who isn’t swayed by fancy things or who believes that success doesn’t define you (this was evident in the scene where he meets with a music professor).

Another way the film was relatable was through the competitiveness and bragging you get amongst friends. There’s a scene where Stiller is having dinner with a friend and the way the friend is talking about his life is clearly annoying Brad, so much so that even I started to feel Brad’s pain so good job movie, I related to that.

This is not the most energetic movie you’ll see this year. It is very much a character driven piece with a few injections of humour here and there but that’s OK because there is character development and the story flows.

There’s an over reliance of narration which could put off some viewers, I myself didn’t have a problem with it but I know it’s not everyone’s cup of tea. Also, I feel like I wanted a little bit more from the ending because the film kind of just…ends…and that’s it.

Overall, Brad’s Status was a thought-provoking, unique story that spoke volumes. Stiller gives one his best performances in years, but it was a tad slow at times.