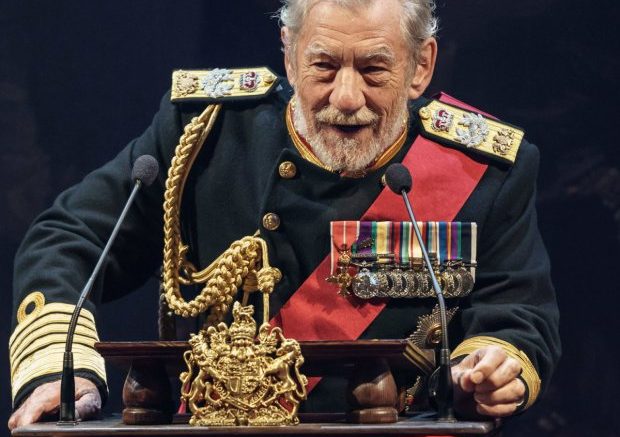 Chichester Festival Theatre is celebrating a third Festival 2017 production to transfer to the West End this year with the news that Shakespeare’s King Lear, which starred Sir Ian McKellen, is to be staged in London.

Jonathan Munby’s critically-acclaimed production, with an ensemble of actors including McKellen as Lear, will be running for a strictly limited engagement at the Duke of York’s Theatre in London from 11 July to 3 November 2018.

This intimate and contemporary production ran for a sold-out season at Chichester Festival Theatre’s Minerva Theatre in autumn 2017.

McKellen is returning to the Duke of York’s Theatre where he made his West End debut in the 1964 production of A Scent of Flowers. He has enjoyed an illustrious career on stage and screen, not least in some of Shakespeare’s most iconic roles including Hamlet, Macbeth, Iago, Richard II and III as well as in previous productions of King Lear as Edgar, Kent and in the title role.

King Lear will be the third Festival 2017 production to transfer to London this year, following the musical Caroline, Or Change at Hampstead Theatre (12 March – 21 April) and James Graham’s Quiz at the West End’s Noël Coward Theatre (31 March – 16 June).

Tickets for King Lear will be on sale from 12 noon on 8 February via the King Lear West End website, including 100 tickets per performance available under £30. £5 tickets will be available as part of Chichester Festival Theatre’s Prologue scheme for 16-25 year olds, which can be purchased on the day of performance in person from the Duke of York’s Box Office, when proof of age ID will be required.

Jonathan Munby’s credits include his new production of Bryony Lavery’s Frozen in the West End; First Light for Chichester Festival Theatre; All the Angels, The Merchant of Venice and Antony and Cleopatra for Shakespeare’s Globe; and Wendy & Peter Pan for the RSC.

ATG Productions, Chichester Festival Theatre, Gavin Kalin Productions and Glass Half Full Productions are behind the production of King Lear by William Shakespeare, directed by Jonathan Munby and designed by Paul Wills, with lighting by Oliver Fenwick, music and sound by Ben Ringham and Max Ringham, movement by Lucy Cullingford and fight direction by Kate Waters.