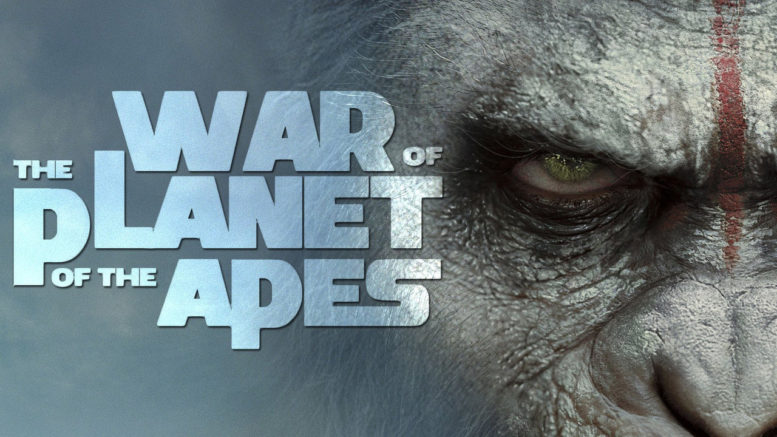 Excuse me while I just pick my jaw up off the floor! Caesar (Andy Serkis) and his apes are forced into a ruthless conflict with an army of humans led by a brutal leader known as the Colonel (Woody Harrelson) in War for the Planet of the Apes (12A). Caesar must battle his darker instincts as he journeys down a path of revenge.

This movie is hands down one of the most visually impressive movies I have ever seen. The motion capture performances are so life like and realistic it’s astonishing. The best I’ve ever seen perhaps. Is Andy Serkis’s performance Oscar worthy? Probably. Will he get one? Probably not, and I don’t understand why.

His performances in all three films have been incredible, but specifically in War it’s by far his best. This is Caesar’s emotional journey, it’s powerful, it’s intense. He’s had enough, he didn’t ask for this war, but he and his kind are heavily involved and Serkis did a tremendous job of conveying the emotional struggle and weight he has been carrying. He is God to these apes, so he feels responsible for all of their lives.

Now what I like about this one compared to the other two installments, is that the film is 90 per cent apes. The humans are a military group who are enslaving apes, led by Woody Harrelson’s Colonel. He has some great moments with Caesar, and the movie forces us, the audience, to ask what would we do in Woody Harrelson’s position?

His character is acting out of fear, if the humans don’t act they will become extinct, I’m sure if you were in that situation, you would do some terrible things as well. The other ape characters were fantastic as usual, surprisingly Steve Zahn’s ‘Bad Ape’. I was worried when we first see him as I thought he could be quite annoying, but he ended up providing the film’s comedic moments. Now this is the furthest thing from a comedy but it was the right balance of humour that the film needed.

One thing I will say is that I wouldn’t have chosen the word War to describe this film, when you think War you think of action, which this film lacked. This is not a bad thing as it is supposed to be a more grounded, emotional, hard hitting drama. But when the action does kick in it is very entertaining. All I’m saying is don’t go into this one thinking, ‘oh yes can’t wait to see Caesar kick ass’, because there wasn’t a lot of that going on.

Overall, this movie was phenomenal, a technological marvel. Outstanding performances from Serkis and all the other motion capture performers. Their performances shouldn’t overlook the remarkable job the special effects and motion capture crew do, these are some extremely talented people. These films keep getting better and better, and I think it might be one of the best trilogies of all time.