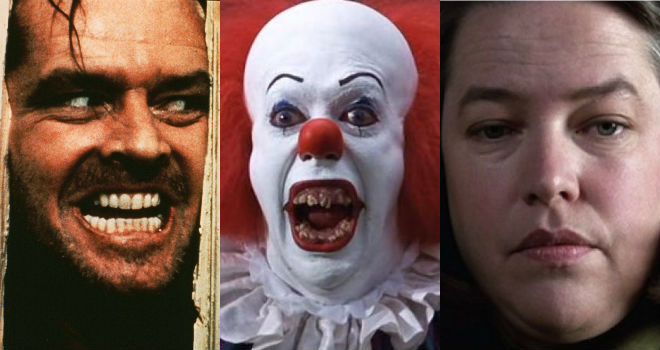 With the big screen version of Stephen King’s IT hitting cinemas tomorrow, I thought I’d take some time to talk about my five favourite adaptations from the master storyteller.

Now remember, the way I’ve ranked these films is not based on whether one is cinematically better than the other, I am basing it on the enjoyment I felt whilst watching.

Now when you see the films that haven’t made the list you may scratch your head at this choice. However, I loved The Mist. The tone Frank Darabont created was chilling and very sinister.

For those who haven’t seen The Mist, it’s about a group of people who get trapped in a supermarket by a mysterious mist that envelopes the town, and with it brings hideous creatures with a taste for blood.

The characters behaved in a very realistic fashion which made the film believable, it forces you to imagine how you would react in the given situation.

The creature designs were creative and scary, any scene where our group ventures out into the mist was very tense and gripping, especially the pharmacy scene.

Finally, I won’t spoil the ending but it was a huge gut punch, devastating and cruel in every sense of the word.

The connection we see from Red (Morgan Freeman) and Andy (Tim Robbins) was incredibly powerful and moving. Seeing their relationship build over the course of the movie was one of its biggest strengths.

It’s a story of hope despite all the difficult things Andy and Co go through, resulting in a very poignant and thought-provoking film.

One of the things I loved about it was the fact that there was no need for elaborate special effects, just incredible acting, not just from the main characters, also featuring an insanely talented supporting cast. A must see classic.

Two words, Tim Curry. Talk about an iconic performance. Creepy, unpredictable, funny, everything you want from Pennywise. His first encounter with Georgie alone was brilliant, I just wanted him to be on screen all the time.

Although Curry’s is the stand out performance, nothing should be taken away from the talented child actors portraying The Losers Club. Innocent, believable relationships made me root for the characters when they were kids, when they were adults, not so much.

The only thing that disappointed me was the 2nd half, nothing made me care about the grown-up Losers Club, and don’t even get me started on the ending.

The reason this outranks Shawshank, as I’m sure I’ve surprised several King fans, is solely based on the first half of IT, great child actors and a career defining performance from Curry.

I don’t know why it’s taken me this long, but I’ve recently finished the book and realised how much I loved the movie.

The tension is dialled up to 11 throughout the films entirety, you never know when Annie (Kathy Bates) is going to pop her crazy head back into the fold.

James Caan is great as Paul Sheldon, expertly capturing the humour of the character, and as an audience he was easy to empathise with, you spend the whole film rooting for him to overcome his deranged captor.

An Oscar-winning performance from Kathy Bates, playing Annie Wilkes, she walked a thin line between kind and lovable and unhinged and unpredictable and she was tremendous in this role, and a worthy winner of the prestigious award.

Also, I don’t know which I preferred, the book or film version of the infamous bed scene…

This film features one of the most famous movie quotes of all time, as well as some of the most iconic imagery in cinema. In my old house, I always used to refer to my hallway as “The Shining Hallway”, whenever I walked upstairs I was expecting to see the devil twins, no I don’t want to come play with you! That’s how much this film stuck with me.

King wasn’t a fan of this adaptation as Stanley Kubrick changed a lot of the source material, he took the basic idea of the novel and made it his own. Jack Nicholson plays the arrogant writer Jack Torrance to perfection, he drags his family to “house-sit” a hotel for the winter, and whilst trying to achieve literary glory he begins to lose his mind.

Redrum, Room 237, the elevator scene, the hallway scene, “Here’s Johnny”, are just a handful of the iconic moments in this horror classic, and that’s why I have dubbed it my favourite Stephen King Adaptation.

2017’s IT has been my most anticipated movie of the year and I hope it delivers, look out for my review this weekend.