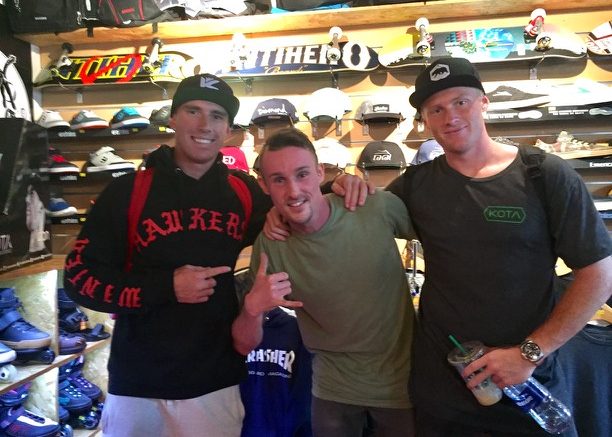 Dakota & Hunter Schuetz dropped in at ESP Chichester today causing quite a stir as local aspiring scooter fanatics got to meet the record breaking pair.

Jamie Stenner, a professional rollerblader and owner of the ESP Skate Shop in Chichester arranged the surprise visit and welcomed the pair to the packed shop where fans got to meet the record breaking pair. 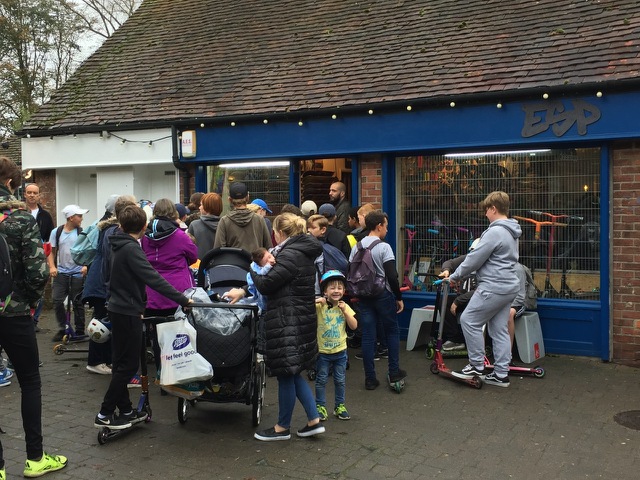 The brothers were visiting from the USA as they embarked on a 2 week tour of Europe before they participate in the Scooter Fest at Adrenaline Alley, Corby on the 11th and 12th of November 2017.

Dakota Schuetz, also known as Kota, is an American professional freestyle scooter rider who in 2017 became the three time world champion in the ISA Scooter Competition. He has also won several contests and is one of just two people to have completed all 40 tricks in Tricknology.

Hunter Schuetz has gained a significant following with his own riding gaining over 110,000 followers on Instagram.